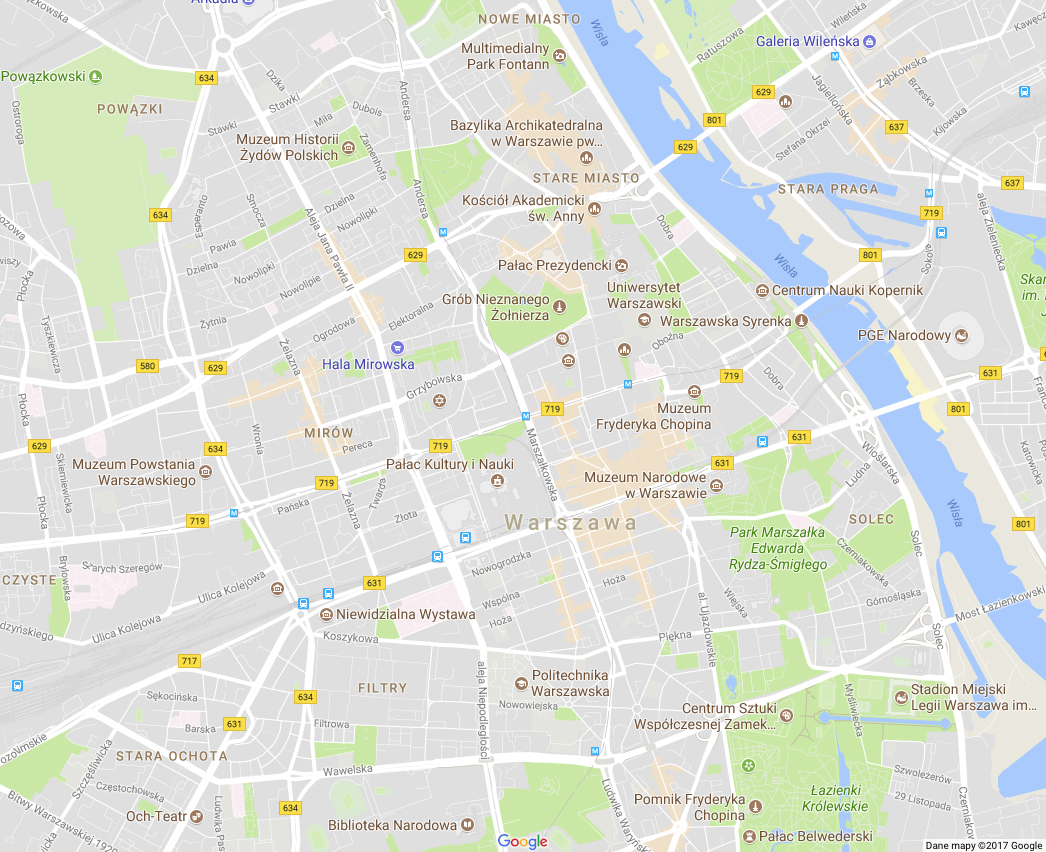 Midtown tenement buildings preserved until today were built at the turn of the 20th century. In the interwar period, the district boasted a distinctly big-city character and elegance. It was inhabited by merchants, politicians, writers and artists.

Warsaw residents visited Midtown restaurants, cabarets, theatres and concert halls; they shopped in the Department Store and in the ‘Italia’ shopping mall. Midtown was the home of bank headquarters, government buildings were erected along Chałbińskiego Street and the building of Polish Sejm (Parliament) was built in Wiejska Street. The Wisła River boulevards were under construction, as well as the Central Railway Station – both investments halted by the outbreak of World War II.

The September Campaign resulted in numerous damages to the Midtown area. Germans did not allow for reconstruction of demolished buildings. In 1940, part of the district was sealed off as a section of the Jewish ghetto.